You may have heard of felonies and misdemeanors. There is a third category of criminal law in the U.S., known as infractions. These are petty offenses punished by the offender paying a small fine.

With an infraction, there is no jail sentence or probation involved. Because of that limitation, the person charged with the infraction has no right to a jury trial. That person has the choice of paying the fine or going before a judge.

If a person decided to go before the judge, he or she can hire an Idaho Falls criminal attorney or represent themselves. The judge holds a bench trial, hearing evidence from any witnesses and making a decision based on that.

What offenses are classified as infractions?

Traffic offenses are the most common infractions. Failure to wear a seatbelt or to restrain a child in a safety seat is one example. Speeding is another. This can be only going over the posted speed limit. The fines are higher for speeding in a construction zone or school zone. Letting an unlicensed driver behind the wheel of your car is another violation in this criminal law category. Renting your vehicle out without verifying someone’s license is a related offense.

Driving without a license, on an expired license, or violating a restricted license are all infractions. Failure to carry insurance or display a valid tag are also considered violations punished by fines. Failure to surrender registration and license upon revocation and suspension also involve fines. 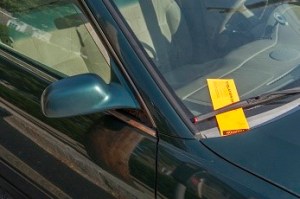 Parking violations are another category. This can include parking in a handicapped spot without a permit or violating parking restrictions in recreational areas.

Driving an overweight truck is another traffic infraction. The fines go up as the amount of weight over the limit increases.

There are infractions outside of traffic offenses. Violating game and fishing laws usually involve fines. The laws surrounding safe operation of snowmobiles and ATVs also fall into this category. Renting a watercraft without safety equipment is another example.

Tobacco use in office buildings or other non-permitted places is an infraction. Refusing to extinguish a tobacco product in a public building or office is another.

If you have been charged with an infraction, you can hire an Idaho Falls criminal attorney to help you through the process.